In both men and women, HIV prevalence rises steeply from the youngest age groups, and peaks before age 40. While the shape of the prevalence curve is similar in men and women, the curve is slighter lower and shifted to older ages in men compared to women. Prevalence peaks at 47% among men 35-39 years and at 54% among women 30-34 years. 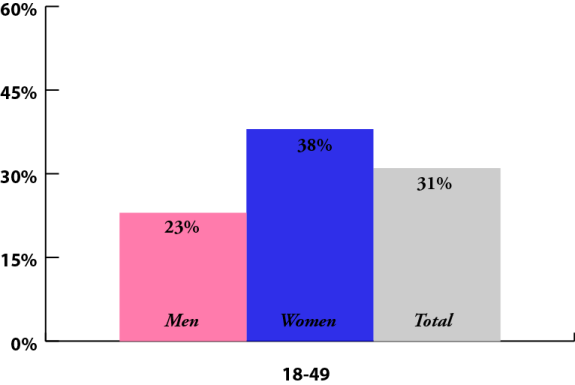 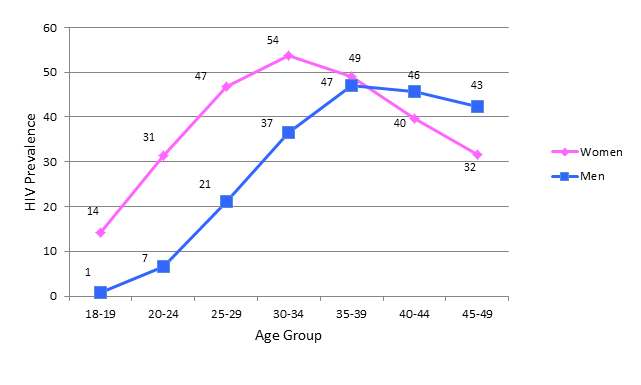